Sign up for the newsletter to get updates on the latest posts, tips and freebies.

Success! Thanks for signing up! You'll get the latest posts, tips and freebies sent right to your inbox.

Board games are a great way for kids to have fun, spend time as a family, and learn many valuable lessons, like taking turns, patience, and sportsmanship (aka not being a sore loser). Good board games for preschoolers also often teach counting, colors, team work, and some fine motor skills.

This post may contain affiliate links. So if you click on a link in this post and make a purchase, I make a small percentage of the sale with no additional cost to you. This helps keep this blog up and running. Thank you for your support.

I know some of my favorite memories of childhood are playing board games with my family and friends. I remember the laughs from games like Operation, where you try to remove little pieces from a patient without making it buzz, and wishing I could live in a land full of candy like in Candyland.

Maybe you already have a family game night. Now you can include board games that even the younger kids can play.

Board games for preschoolers often suggest ages of 3+, meaning most kids that age should be able to play, with a little help from parents or older siblings who can read the directions and show them how to play. They can pick up on things pretty quickly, so sometimes it only takes one time playing through for the young kid to get it.

My son, Cam, is 4, and although he played some games when he was 3, he has really taken to them this year. Meaning, we play a board game or 2 EVERY SINGLE DAY now, sometimes many times in a row. Although I’m not complaining. I get to watch his little brain in action trying to figure things out. Plus, playing a board game means he will stay still for a bit. This allows me to rest, too, so I don’t have to chase him everywhere since he is a little energizer bunny.

Who doesn’t need a little rest?!

He has also played a lot of board games at school. So, he’s learning how to interact and share with kids his own age.

He has learned so much from playing board games and it gives us more bonding time. He used to get mad every time he lost a game. But now he knows he will win some and lose some and it is all okay. It is just a game. He’s learning patience in having to wait for his turn to spin or roll the die.

I like that a lot of the games that I played as a kid are still around and even popular. I tell my son all the time that I used to play the same games as a kid. Although that does make me feel a bit old!

Kids are really fun at this age. They are very honest and their emotions and reactions at times are priceless. Cam’s favorite game right now is Chutes and Ladders. He gets so excited for me if I’m close to the big ladder and tells me what number I need to get to it, or he’s worried for me if I’m about to go down the slides to the beginning. And of course he is very excited if he gets the big ladder.

Whether you already have a family game night, or want to include board games in your daily playtime with the kids, here’s a list of the top 10 board games for preschoolers. Now they can play, too.

Top 10 Board Games for Preschoolers

This was the first board game my son played at home and also one of my childhood favorites. It’s very easy to play, so 3 year old’s should understand. You draw a card and either move one or two color spaces, or if you get a special card, you move to that spot. The game doesn’t last long, so it’s a good first board game for kids who don’t have a lot of patience for sitting still.

I don’t remember playing this as a kid, but I’m sure that it was around. This is a good counting game. It’s also good for fine motor skills since you have to pinch the top of the fruit stems to pick them up. The original game just had red cherry pieces, and his grandparents have this version. The one I got my son recently has blueberries, apples and cherries to pick. It doesn’t really change the game any, just gives a little color variety. You spin and put that number of cherries in the basket, or you may have to remove 2 or all of them from the basket. Once you get all your cherries in the basket, you yell “Hi Ho Cherri-O”, which is my son’s favorite part.

This is a classic game and I think it is a favorite among young kids. It is definitely Cam’s favorite. It teaches counting up to 6 and consequences. If you land on the bottom of a ladder, you get to move to the top, but if you land on the top of a slide, you must slide down. I swear they strategically placed the ladders in this game because I get that number 48 square almost every time and have to slide down. I recently got it 3 times in 1 game! This game can go on for several minutes, so it requires a bit more patience than playing quicker games like Candyland. This game definitely teaches patience and about not giving up.

Sometimes Cam will get frustrated and wants to quit because he keeps going down slides, especially if I am anywhere near the top and close to winning. But many, many times, I’ve gotten slides right at the end and he’s managed to catch up and win. So I’ve told him the game isn’t over until it is over. But he has gotten better about losing. However, if we play several games in a row, he likes to keep track of how many games he’s won versus how many I have. So, he does have a bit of my competitive streak in him 🙂

Although this game says it’s for ages 6 and up, my 4 year old easily understood how to play after the first game. He really enjoyed taking my cheese and sending me to the mouse trap. This was another favorite of mine as a kid. It teaches counting, cause and effect, and decision making skills. You roll a die and move that many spaces. You move your mouse around the board trying to collect 6 pieces of cheese to complete the cheese wheel, while trying to avoid being sent to the mouse trap. But that’s where the fun is in watching the ball move through the obstacles to capture the mouse in the trap

This is a fun game that teaches colors, numbers and fine motor skills and was recommended by preschool teachers at my son’s school. My son plays this one all the time at school. You roll a die and pick a color hamburger. There is a number at the bottom of the hamburger, so you put the hamburger in the pig’s mouth and press it’s hat that number of times. Eventually it’s belly gets so big that it’s shirt and arms fly open. Kid’s find this game hilarious.

Memory was one of my favorites as a kid. My son enjoys this game, too. He’s been playing some degree of matching games since he was 2. You lay out randomly placed matching squares face down and turn over 2 at a time searching for a match. You can determine how many squares (matches) to use based on age and skill lever. We started with 6-8 squares when he was younger, but as he has gotten older, we’ve finally added in all the squares. His memory has gotten pretty good playing this game. For 2-3 year olds, you can also just turn all the cards face-up and let them find matches that way. Once they are comfortable making matches, then you can turn them face-down and play like normal.

This game comes in many versions with different characters. So, if your kid has a favorite cartoon character, there is likely a memory game for that. We have the Dr. Suess version, but there is also one for Curious George, Mickey Mouse, Minions, and many more.

This game includes a 6 foot board, when you combine 3 pieces. It’s a great game to teach cooperation and is a favorite among young kids. Players have to work together and get to the boat and have a picnic before all the pigs eat the food. You draw cards that have objects on them and you use a magnifying glass to see how many of these objects you can find on the board before the timer runs out. Then, based on how many objects the kid finds, each player moves that number of spaces. So it’s like a giant seek-and-find puzzle. My son loves those games and I will be adding this to his Christmas list, too. There is also another version of this game called Richard Scarry’s Airport, which is also popular, where the kids get to be pilots and fly little airplanes.

This is a best-seller and a favorite in my son’s preschool class. It teaches color and counting skills. You spin and collect the matching colored acorns with a squirrel squeezer, with the goal of collecting 5 to win. This game can also teach some strategic skills since you can pick, steal, or lose an acorn.

9. Pete the Cat and the Missing Cupcakes

This is a new game this year. My son has been reading all about Pete the Cat in school and has the Missing Cupcake book. He loves Pete the Cat! Anyone else’s kids obsessed with this cool cat? My son sings all the songs and knows most of the words to several of the books. So this one is going on his Christmas list. It seems like a kid’s version of Charades and Cranium. Kids work together to get the cupcakes back from Grumpy Toad. They may have to act out certain activities, sing songs and even identify words that start with certain sounds. I have a feeling this will be a new favorite in our household.

This is another game my son likes and plays at preschool and is recommended by his teacher. All the pieces are made of wood. Chickens are on a perch and the kids have to get all the chickens, hay bales and wagon wheels off without making the perch fall over. If they all fall over, you can shout, “Chickyboom”! The kids learn about balancing and counting.

I hope this list helps you find some board games to play with your preschooler. If you already play board games at home, what are some of your favorites? Let me know in the comments. 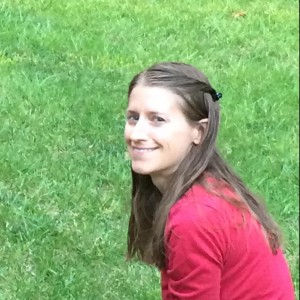 Hi, I'm Erin! Thank you for visiting my blog. I'm a runner and momma of one and would love to share my experiences with you. Read More…